I never pass up an opportunity to show just how bad at pool I am. Even visually. People report that seeing me play just doesn’t look right. Like a horse wearing glasses. So when Taylor Dowdy asked me to match sticks against my friend and yours Aaron Brooks for a pilot/proof of concept comedy & pool series, you know I was on board. Plus, I got to hear my unborn (at the time) child get insulted. Wow. What a treat for everyone. 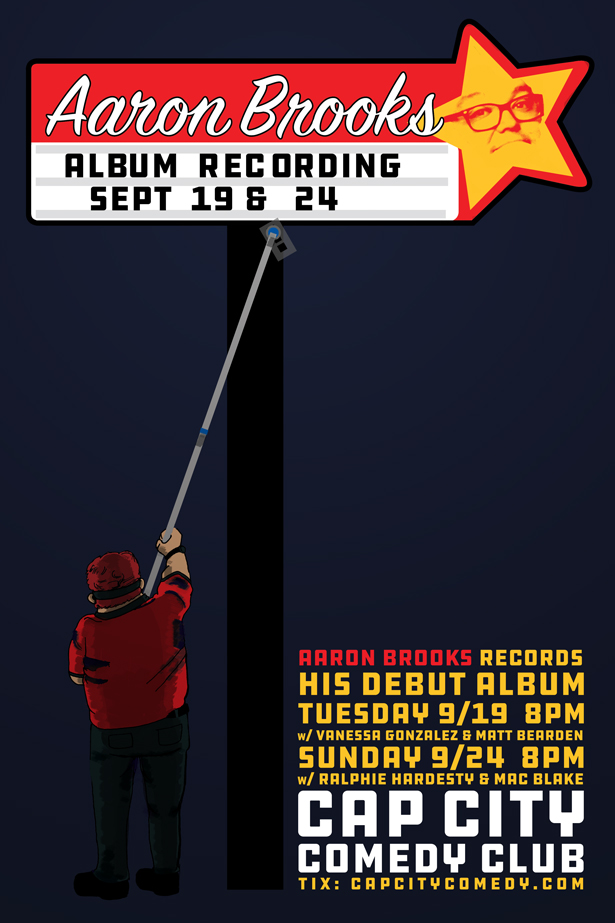 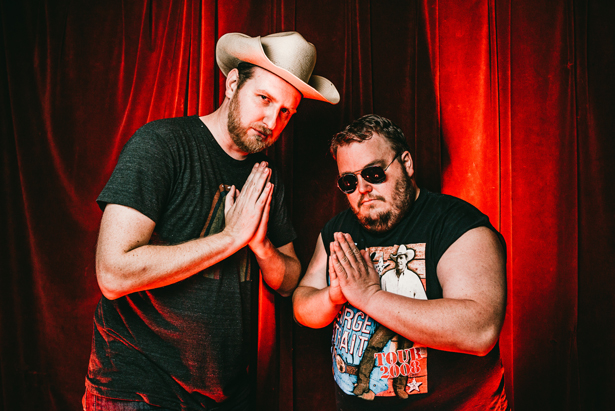 Maybe you’ve heard the phrase “follow the fun” before. It comes up in improv a lot. Find the most fun part of a scene, attack that and don’t worry about the other stuff.

Right now, some of the most fun I’m having on stage is when Aaron Brooks and I play these characters – Knuck Deep, the freestyle country music legends. Starting next Wednesday, Barrel O’ Fun, the brand new bar at the brand new Alamo Drafthouse Mueller is letting Knuck Deep host a brand new monthly stand-up showcase: Six Shooter! Every show, we’re putting up six of our favorite comedians in town. These line-ups will be all killer – we’d never book a show we wouldn’t want to watch. Plus, we’ll be hosting it in-character as Knuck Deep. The show will be the 2nd Wednesday of every month (until the bar gets sick of us)/

So next Wednesday, come see Matt Bearden headline the very first Six Shooter. It’s worth it just to check out how awesome the Barrel O’Fun is.

I’m going on a brief Southern run (and then back to Texas) with my comedy pals Aaron Brooks and Danny Palumbo. we’re calling it the Single-A Champs Comedy Tour. We have a lot of very fun shows lined-up and with some very cool people (including Ryan Singer!). If you have friend in these cities, invite’em to a show! Dates, venues, and more are located on the shows page. 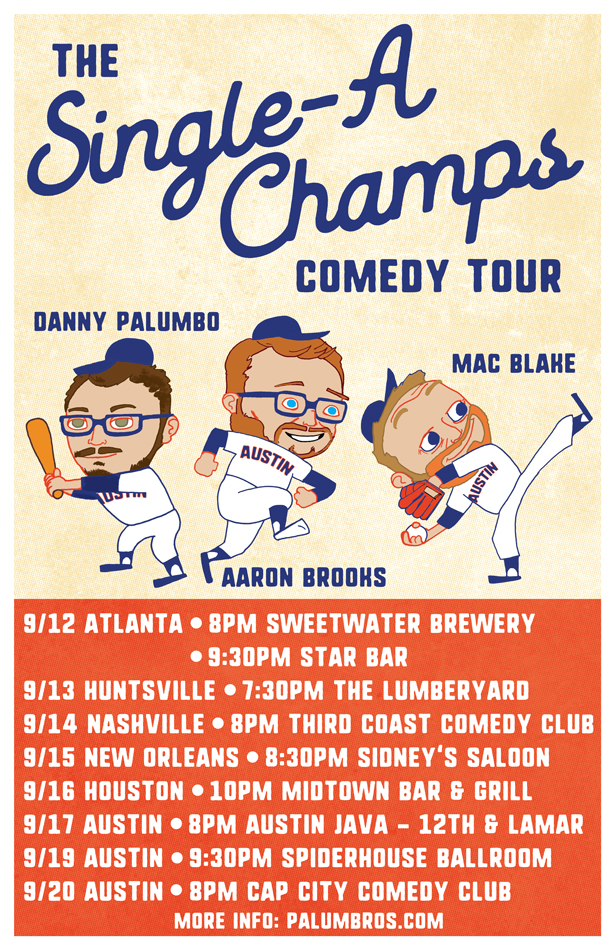