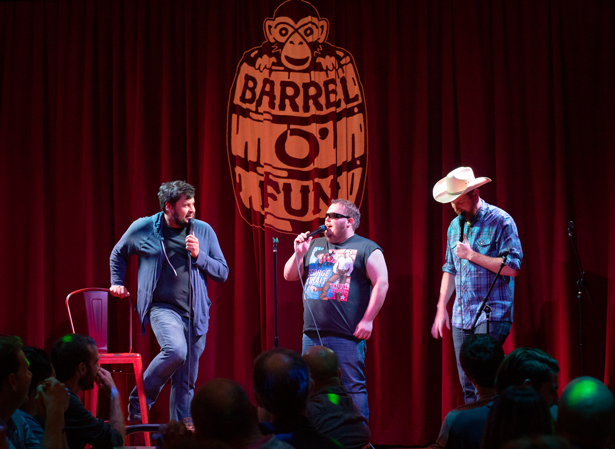 Six Shooter! features sets from six hilarious stand-up comedians and hosted by freestyle country western legends Knuck Deep. Aaron Brooks plays Knuckolas Deep and I play Enoch Van Wilder – the two members of Knuck Deep. We host the host in character and then improvise a song half way through the show.

Six Shooter! is a FREE show at Barrel O’Fun – the very awesome carnival-themed bar attached to the Alamo Drafthouse Mueller. If you’ve never been, it’s worth it just to check out the space. The beer menu by John Gross & co. is nuts.

Six Shooter! is the second Wednesday of every month, from 8pm to 10pm. 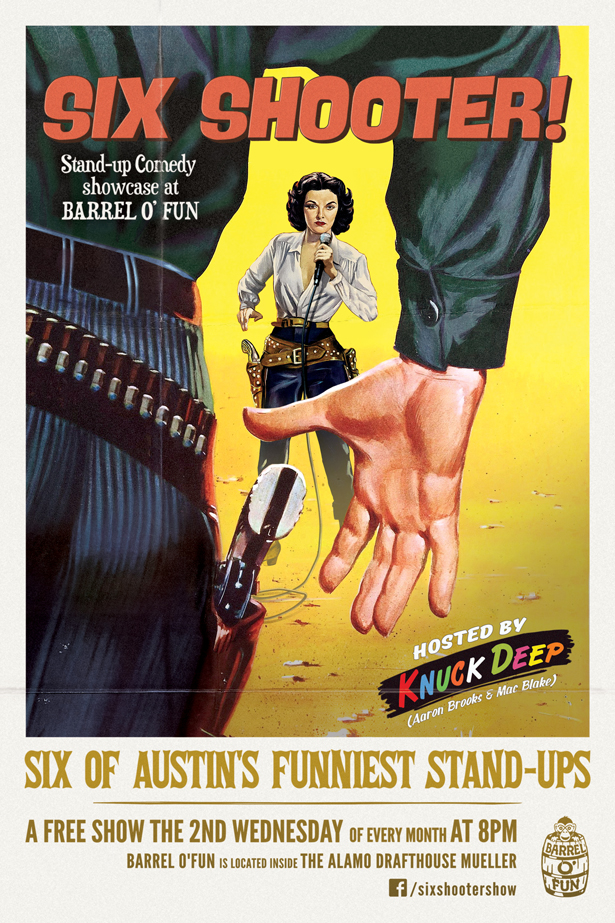 3 shows at @thevelveetaroom this Friday and Saturd

I’m very happy to announce that you can now list

My longtime, but not-in-a-long-time, collaborator

Catch me telling some microphone jokes this Thursd

Just thought I should mention my little guy turned

I saw #TheBatman last night. It was only a 2-secon

Throwback to 2018’s Queen of dogs greeting some

The spite must flow! The Year in Review show is ne

Happy 25th birthday (not sure how accurate that in